Merry Christmas
Online Webcam Chat Rooms: Do New Zealand Men Cheat More Than Women?
5 Topics You Should Never Discuss On Your First Date (Like Adult Cam Site Reviews!)
Cheating: Is It Ever Ok To Have An Affair?
Sure Fire Signs She Wants You to Ask Her Out: Tips for Success on CougarLife in Palmerston

You are here: Home  /  Dating Hints  /  Why Your Casual Dating Buddy Not Committing To You: Examining Fear Of Commitment
Dating Hints 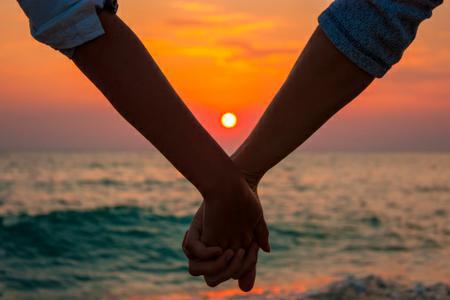 Why Your Casual Dating Buddy Not Committing To You: Examining Fear Of Commitment

When it comes to a fear of commitment, it is typically considered a ‘guy’ issue. Men are afraid to get married, or enter a long term relationship, or settle down in any way. Often, this is seen as acceptable and perhaps even predictable for most men who enjoy casual relationships. We seem to accept that the majority of guys will have trouble making any type of lasting commitment, and we expect that it is something that women just have to deal with. Of course, it is not just about sex, but it is also about what it means to be in a relationship with a person that you care for. Women will chase a man for years, and then one day, he may just say that he is afraid of a lasting commitment and that will be the end of it all, leaving the woman high and dry wondering why this all happened. This is the story of many women, but the truth is that women have issues with a lasting commitment as well, but it seems to be the unspoken truth that we mostly ignore. Dating tips for women are not as common as the long lists of pick up moves available for men, but in reality, many women want and need dating tips, particularly when it comes to the topic of commitment issues.

Can You Put A Ring On It?

Perhaps it seems like our natural instinct is to think about settling down, but the truth is that many women have difficulty making lasting commitments as well. We all have a friend who has been through casual relationships, one after the other, and it seems like she can just never find the right guy, even though it appeared like many of them were totally eligible bachelors. She may complain that she can never hold on to a guy, but is it really the fault of the men? Or is it that she is actually the one with commitment issues. People will often make excuses for things to justify their actions in their minds, and even though she could be saying one thing, the truth may actually be quite the opposite. She might say that she can’t find a single, good guy, or that every guy is really a jerk, but what she might be missing is that she is actually the one who is having trouble settling down. There is nothing wrong with this, but it is better to be honest with ourselves, instead of tricking ourselves into thinking that the world is full of terrible men. The reality is that the world is full of all types of men and women, and everyone is at their own stage in their life. It can be hard to tell what we want at times, but this doesn’t mean that we need to trick ourselves into living in a fairy tale.

Casual Relationships are Not Just About Sex

Although many of us think that casual relationships are about having a booty call on the line, the truth is that for some of us, it is a way to have a relationship without the fear of a major commitment. Of course, almost all casual relationships eventually come to an end or a point where it goes further, but what is important for women to remember is that they are an active player in the relationship as well. If a woman wants to move on, then she should, and if she wants to settle down with a guy, then she should make the moves to make it happen. Sitting by waiting and wishing for an engagement proposal can take a long time and may never even come to fruition. Women need to take charge and know what they want. It is ok if you are afraid of a lasting commitment, but just don’t lie to yourself about it. If you want to hop from man to man for the majority of your younger years, then do it. However, if you are doing it out of fear, then you should take a moment to wonder why you are like that. If you are insecure and think that maybe no guy will actually stay with you forever, and you keep up a tendency of leaving them before they leave you, you may find yourself alone at the end of a long line of short flings. The same goes for if you think that no guy is good enough for you. We all have flaws, and if you can’t learn to accept someone else’s faults, then you may find that no one is willing to accept yours.

Why Your Casual Dating Buddy Not Committing To You: Examining Fear Of Commitment 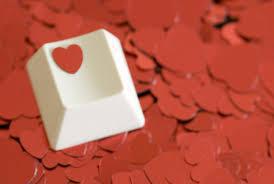